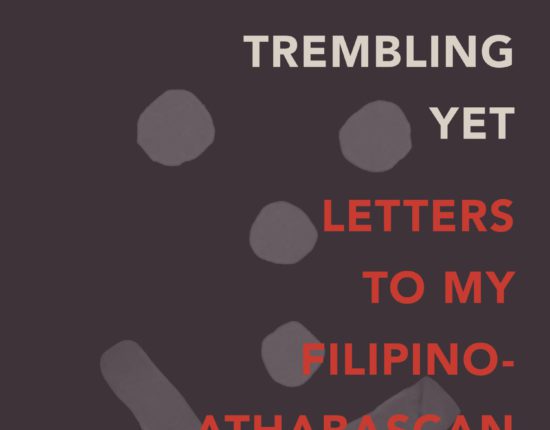 2019 CITIES IN MOTION
EDITORIAL BOARD SELECTION

My oldest son bursts out of the house wearing one shoe; the other dangles from his right hand. He looks startled for a moment, as if he’s woken up in some strange land, then he hops across the driveway and into the car.

“Here,” he proclaims, and with a nod to his younger brother, “Let’s go! We’ll be late.”

I’ve been driving this school run for four years now, a five-kilometre round trip through Dublin traffic that takes thirty minutes most days. At 14 and 17, the boys are old enough to make their own way. But I like our time together in the car: our 15 minutes in the morning, our 15 minutes in the afternoon.

I put the car in gear and head down Derrynane Gardens, a modest grey street of two-up, two-down houses built in the 1930s. The houses, once rented to dockers and carters, are in private hands now, and although their exteriors retain the same blunt appearance, their interiors have been remodelled beyond recognition. They sell for over half a million euro now, their robust construction and proximity to town a draw for tech workers in nearby Silicon Dock.

In front of us, the new Aviva Stadium swoops low, revealing its elegant steel skeleton. At night, when the growing lamps are turned on, it glows with an old-fashioned incandescence, a light so creamy and mellow, it looks as if the moon has floated down and set up camp at the base.

The boys learned to play rugby at the old stadium back when it was a dull, concrete affair. Niall, bigger and stronger than his teammates, skirted around rucks, worried about hurting his opponents. Eoin, tall and skinny, played with a bravery bordering on the reckless. Once, he stood his ground as a boy twice his size hurtled towards him. He dislocated his shoulder in the ensuing collision, and although he made light of the injury, the pain must have registered in a way that my exhortations to be careful never had. He gave up rugby soon afterwards.

We turn right onto Bath Avenue; its jumble of red-brick elegance and Victorian villas interspersed with pebble-dashed terraces. On match days, thousands of people walk down this road. Neighbours complain about the inconvenience, but I love the noise and the colour: the scarf sellers and the bagpipe players; the crowds outside Farmer Brown’s and the Chophouse.

We stop at the junction of Haddington Road, and the boys argue over what music to listen to.

“Lads,” I say. “Pick something I like,” and they stop bickering long enough to burst into laughter.

In the 19th century, this area was home to smugglers and highwaymen, back when it was wild wood and scrubland. Today, it’s full of trendy restaurants and bars. Two years ago, The Lansdowne was a grim docker’s pub. Now it’s The Old Spot and serves celeriac truffle and duck rillettes.

Around the corner, the old gasometer has been converted into luxury accommodation. Google’s European headquarters takes up half of Barrow Street. On Friday afternoons, its workers hop into taxis and catch flights to Berlin and Kraków, leaving behind empty apartments the locals can no longer afford.

The lights change, and we pass the barracks at Beggar’s Bush; its massive limestone walls now guarding the Labour Relations Commission and an overpriced coffee shop. The barracks date from 1827. Pre-famine, I tell the boys, in an effort to provide context. But they’re 14 and 17, too young to care.

At Northumberland Road, we move into the right lane and wait for a green light. In front of us, house number 25 looks just like it did in 1916, when Volunteers barricaded themselves into the house and attacked passing British soldiers. Two hundred and thirty soldiers were killed or injured here. Just off the boat. Just starting out.

This morning, the usual busyness. A man hoists his toddler onto his shoulder, a woman in purple talks into her phone, a taxi tries to nudge its way out of a side street. The boys talk about the math teacher’s haircut, the school’s chances this year in the Senior Cup.

We cross the bridge.

The number of cyclists we see has been increasing every year, especially here along the canal with its shiny new bike lane and its dedicated traffic lights.

Eoin has become interested in cycling, too. Last year, he built a bike from an old frame and second-hand parts.

“It will be cheaper that way,” he assured me, but the bike has already cost hundreds of euro and is still not finished.

We turn left into Warrington Place: Leafy with love banks and a single copper beech among the oaks and chestnuts. This is my favourite part of the drive, a pretty stretch of the canal where mallards skim the water and sometimes, on rare and wonderful mornings, sunshine slices the canopies of trees.

“Look up,” I tell the boys. “Half the beauty in a city is above eye level.”

Niall sometimes walks this way when he’s out with the dog. One day he came home and told me about the flock of geese he’d seen overhead.

“There must have been a hundred Mom, honking away. You would have loved it.”

We turn right onto Mount Street Crescent, with its Georgian good looks. The statue of Birdy crouches on top of a porch roof, human, naked, and I glance in the mirror and catch Niall’s eye.

“I know,” he sighs. “Proportion and pattern and repetition.”

But I’m not testing his appreciation of Georgian architecture this morning, nor his ability to regurgitate my impromptu lectures. I’m testing myself, imagining him as Birdy, waiting to step off the roof one day and embrace the current that will swirl him away. And for a moment, being a mother seems an irony of the bitterest sort.

On Mount Street, we pass the newspaper vendor, leaning against the railing and drinking his coffee. Ahead of us, Leinster House, seat of the Irish government, its tricolour snapping in the sombre sky. The boys have little interest in politics and any convictions I once held are long gone. Life is complicated, I think, too complicated for certainties.

We turn left onto Fitzwilliam Street and I glance at the mountains ahead, blue and mauve and purple. Men in suits cross at the junction and the boys wave at a friend cycling by. Past the house that’s being renovated, past the woman with the high heels and small dog, then right onto Fitzwilliam Square, smallest and loveliest of the Georgian squares. I look at the restrained houses with their red brick, made over two hundred years ago in Sandymount, where we now live. I look at the iron balconies and the boot scrapers, the letter boxes and the doors, the fanlights and the granite steps. I think of the people who’ve lived here over the centuries and the servants and staff who made their lives easy and effortless, and I wonder if the boys know that much of art has its roots in privilege.

Mamie Jellet, the abstract painter, lived here, and Jack B. Yeats. A print of The Liffey Swim hung above the boys’ bunk bed when we lived in Cincinnati. Niall liked trying to count the people on the passing tram or the men in the crowd wearing caps. I liked the line of the river, the rushing blues and greys and tidal browns. There were days looking at that picture, I could smell the sea, feel the salted whip of wind on my cheek.

I pull in at the corner of Pembroke Street and the boys hop out. They sling their backpacks over their shoulders and stride away and I know that if I catch up with them at the lights, Eoin will pretend he doesn’t see me, and Niall will smile and wave cheerfully. They’ll cross the road and walk a few metres to their school, where teachers I don’t know will teach them things I never learned.

I turn left onto Leeson Street and left again onto Grand Canal Place. The traffic is light on this side of the canal, and the car feels faster as I head towards home. I switch the radio to Lyric FM and open the window, hear the buzz of a motorbike and a van door slamming.

The canal is a 250-year story of progress, decline, neglect, and rediscovery. Not that long ago, there was talk of filling it in to make a bus lane. Today, moorhens nest in its reeds and small black-headed gulls swoop around its locks.

I pass the red and white barge and the statue of the tow horse; I pass Kavanagh on his bench searching for redemption, wallowing in the habitual. I pass the lock where Niall and I hopped on my brother’s boat one summer day and waited in green delight while the water cascaded around us and raised us up, inch-by-slow-inch.

The canal unspools behind me, 82 miles of waterway that makes its way through Dublin, Kildare, and Westmeath. A spur connects it to Kilbeggan, where the boys’ grandfather came from, and the canal itself continues through Edenderry and Tullamore before reaching the Shannon, where their father comes from, and beyond the canal, beyond the Shannon, the Atlantic, and beyond the Atlantic, America, where the boys were born, and it seems a short, straight line connecting it all.

I pass the spot where the swan makes her nest each Spring. I pass the junction where I saw the cyclist knocked down, the satin lining of his suit jacket shining in the sun. I pass the spot where the food market is held every Thursday with its Middle Eastern falafels and Brazilian barbeque, and the car is getting faster now as home gets nearer, and I turn where the canal disappears under the road and I see the statue of Aspiration climbing the wall where the rebels holed up all those years ago and I see the Stadium rising before me like a gift, and I turn left onto Bath Avenue. I’m close now, just a few minutes from home, and the familiar thought arrives, insistent as the city’s growth, persistent as its past: They go by so quickly. All the days. All the school runs.

Aileen Hunt is an Irish writer with a particular interest in lyric essays and compressed forms. Her work has appeared in various online and print publications, including Sweet, Entropy, Hippocampus, and Flashback Fiction. You can find out more about her at aileen-hunt.com. 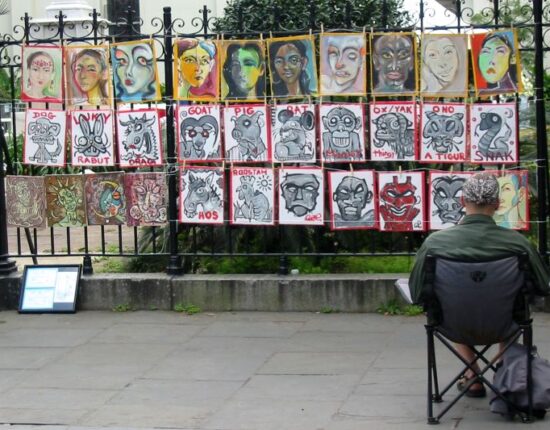