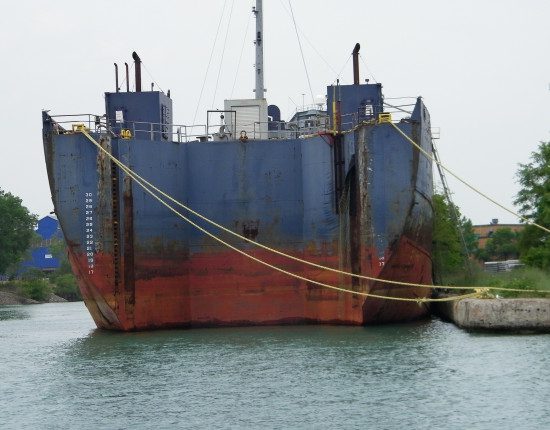 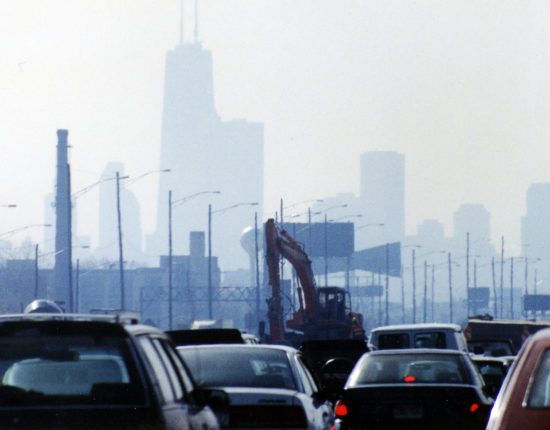 Finding Truth Across Genre and Shattering Shame: An Interview with Sheila O’Connor

Sheila O’Connor has written a book that defies genre boundaries, and as an editor and writer of creative nonfiction (CNF), I’m intrigued by her creation. Evidence of V: A Novel in Fragments, Facts, and Fictions employs the imaginative power of fiction to craft a compelling story; you won’t be able to stop reading as you follow the main character, V, through a harrowing tale of juvenile incarceration and misogynistic injustice. Set in Minnesota in the 1930s, V’s story feels timely in this current era of the #MeToo Movement, and it becomes even more relevant when O’Connor uses CNF to echo, enhance, and structure the book. She weaves in her own story of investigating a dark family secret and invites the reader in as she uncovers the truth behind her grandmother’s treatment in that very same juvenile detention center. The fiction and nonfiction work together seamlessly, and the genres blend to a point that one story becomes the truth of the other. I first met O’Connor as a student in the MFA in Creative Writing Program at Hamline University where she taught me the craft of fiction and the skillset of editing poetry, fiction, and CNF for Water~Stone Review. O’Connor has been writing and thinking across genres long before it became mainstream, and she graciously took time to talk structure, genre, and storytelling with me for a Slag Glass City interview.

Michelle Janssens Keller: I’m excited to talk with you about your latest book Evidence of V: A Novel in Fragments, Facts, and Fictions. As the title indicates, you shape the book with a collaging of fragments—some are facts found in documents, but not necessarily truths; some are imagined scenes and images that echo a greater Truth, yet they can never be proven. In the book, we follow the riveting story of V, which is fiction, but we also encounter nonfiction threads—narrative memoir, historical data and quotes, photographs, and a reflective writer’s voice. The fiction and nonfiction fragments speak to each other, and at times it feels like a gloriously orchestrated dance. How did you make decisions about structuring this work?

Sheila O’Connor: I’d spent years lost in the rabbit hole of research for this book, and much of what I found was so difficult to believe, so shocking, it might as well have been fiction. And I’m not sure readers would have believed this history without proof. At the same time, I was attempting a deep alignment of empathy and imagination with the central character, V, whose story unfolds within the book. In this way, fact and fiction were always in conversation with one another, always shaping the book, and ultimately, I decided I wanted to replicate that experience for the reader.

MJK: Evidence of V has been classified as a novel, yet it really is a hybrid work. You teach in a writing program that allows students to study across genre. Poetry, fiction, and creative nonfiction have their own languages and worlds, but they also speak to each other and can be quite powerful when merged. Evidence of V is a great example of how genres can work together to form something new. Why did you choose mixed genre for this book? How difficult was it to ultimately designate the book as fiction?

SOC: I’ve always been a writer to move between genres and audiences. My MFA is in poetry, but I’ve published six novels and numerous short stories. I also write and publish nonfiction. My artistic inclination is to work without regard to genre, but instead to write the book or piece that needs to be written. At every stage of the process, I’m attempting to uncover the form the material requires.

When the time came to “genre” the book—and this was nearing publication date—I struggled mightily. Poets considered it a poetry book. Nonfiction readers considered it nonfiction. Novelists saw it as a novel. Rose Metal Press, with their commitment to hybrid work, was looking for a subtitle that would capture the whole of the book. In the end, we settled on “novel” with a nod to the fiction the book contains and the way I wanted the reader to enter and exit the book. It doesn’t tell the full story of all the book is, but perhaps that’s fitting for this work.

MJK: I’m intrigued by your use of parentheses to contain much of the book’s nonfiction. Traditionally, the parenthetical would signify an afterthought, but you seem to use it to pull the reader aside for a private talk. The narrator has left, replaced by you, the writer, reflecting, speculating, and questioning everything: V’s fictitious story; your own journey as writer, researcher and granddaughter; even the facts found in documents. Can you talk about how this voice emerged and how it serves the greater story?

SOC: The book was written in pieces, and the pieces did not begin as material for a book. They truly began as disconnected fragments written over a year or so. Pieces of a puzzle I knew I’d never complete. The parenthetical non-fiction pieces were a conversation I was having with myself, and anyone else who might come upon the material. In that way, those pieces were asides—moments chronicling my attempts, and also my failures, to reconstruct V’s missing story. They are my own admissions and also my testimony.

MJK: There are three short CNF sections that aren’t set inside parentheses. They all occur at the Minnesota History Center on the same date. When lifted out of the book and placed next to each other, they are their own story: the day you and your mother unearth the first real evidence of V. Inside this memoir scene you reveal facts so important that they appear in bold and unearth the heart of the narrative fiction. What was it like to write this scene and did you originally intend for it to weave together the fiction and nonfiction?

SOC: Thank you for such an astute reading of the book. Those three pieces were among the last to be written. As I’d mentioned earlier, I wrote the book in fragments, and there were different phases of assembling the fragments I had, and asking myself what else does the book need? What does the reader still need to know or understand? My editors at Rose Metal, Kathleen Rooney and Abigail Beckel, had a real desire to see me with my mother in real time, and also to understand how we came upon the initial file and the early facts. It was a process of trial and error, mostly error, before I eventually landed on the three pieces at the History Center. To me, they serve as anchors for each section of the book. The initial discovery. The waves of shock and grief as we learned the truth of my mother’s beginning. The closing of our day, our need to go forward in some way with what we’d learned. What was our obligation to V’s story and to the thousands of incarcerated girls?

MJK: You write about this obligation in your Author’s Note, how we as a nation are missing the personal narratives of these girls incarcerated for nothing more than non-criminal offenses and acts of “immorality.” Often this “immorality” label covers up sexual abuse and the trauma of poverty. Evidence of V exposes a dark history of systemic abuse, misogyny, and exploitation, yet it is disturbingly relevant today. I imagine you’ve reached readers who harbor their own familial secrets and missing narratives. Since publication, have you encountered more stories about incarcerated juvenile girls?

SOC: Perhaps the most gratifying thing that has occurred since publication is hearing from survivors and descendants, not only of this particular institution but also similar institutions from across the country. I’ve also heard from witnesses who saw some of this occur, and from descendants of people who worked at the school and carried stories. The emails and messages and even phone calls I’ve received are extremely painful, but there is also a sense of the silence being broken, the story being told. A kind of shattering of shame for all of us. These girls were victims of a system, but no one cared, and that’s not the narrative that followed them. So few of them went on to tell their stories, because they knew better, knew they wouldn’t be believed or heard, had already been discounted. I’ve tried to tell the truth of what was done to them, one small part of all that they endured, with the hope that we can have a public acknowledgement of this history of what was done to girls in Minnesota, and across the United States, and what continues to be done to girls and women.

MJK: At Slag Glass City, we were fortunate to publish an early section of your book, a lyric piece entitled Reconstructing V. In this essay you attempt to reconstruct your long-lost grandmother. You write, “It will always be in pieces,” followed by a smattering of vivid images—the curve of her breast, her dress, a quarter she kisses. With these images you begin to build a story and the character of V emerges. You end the piece with the powerful words, “I invent it all.” I love this idea of collecting images and then using them to invent both a narrative and a truth. How did this lyric essay influence Evidence of V?

SOC: I’ll always be grateful to Slag Glass City for publishing early work from V, and for having faith in the project. It’s a bit emotional for me to return to that particular piece, because it was one of the first two or three fragments I wrote for the book, but it didn’t make it into the final manuscript. That piece contains everything I felt as I embarked on the project—the fragmentary nature of the material, bits and pieces that would never form a whole, how much of the book would be an effort to come to terms with buried history and absence, how much invention would be required in my quest for the truth.

My admission—I invent it all—was a spontaneous confession, a sudden revelation that a cohesive account would always elude me, and my wish, perhaps, that fiction might yield its own truth.

Michelle Janssens Keller received an MFA in creative writing from Hamline University, where she also served as assistant CNF editor for Water~Stone Review. A past recipient of the Bear River Writer’s Merit Scholarship from the University of Michigan, her work has appeared in CONSEQUENCE Magazine, Woodwork Magazine, Raven Chronicles, among other journals. Michelle lives in the Lincoln Square neighborhood of Chicago with her artist husband and two water-loving daughters. She coordinates an educational gardening program at an inner-city elementary school and freelances as a writing consultant.

YOUR BODY IS A PUBLIC SPACE: A conversation with Eula Biss 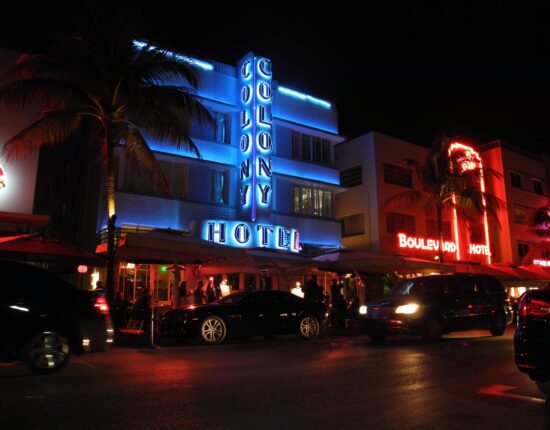 A Conversation with Jaquira Diaz