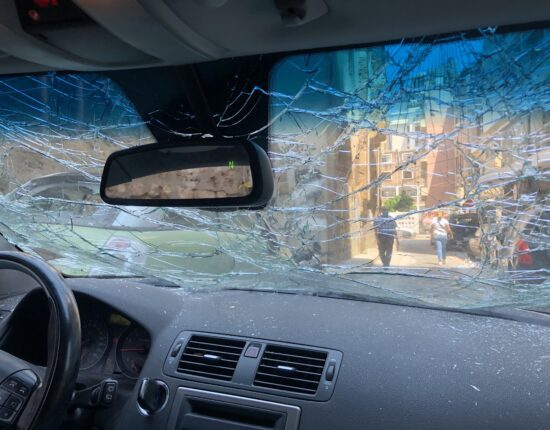 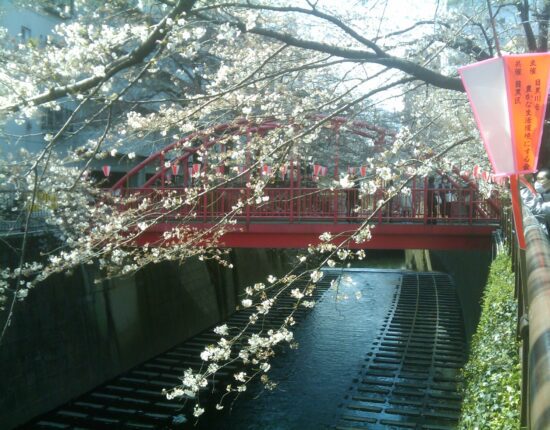 Years ago, preparing to move from the Bay Area, I scoured Manhattan looking for an apartment. In two months of prospecting missions I canvassed the West Seventies down to Battery Park City, mostly by walking, and I strayed into eastward territories only once. By the fourth trip I had looked at apartments in more than fifty buildings and still had not found a place to live. What was I seeking? Good natural light, adequate space, the right price, and an intangible but distinct suggestion of home. “In this city, there’s always a huge compromise,” a native New Yorker told me. “So stop looking for perfection.”

Then one day while trudging along Ninth Avenue, beaten down and exhausted, I turned the northeast corner at Forty Ninth Street and saw a row of trees lining the sidewalk. Halfway down the block, I stopped. The path of resplendent spring leaves had led me to a large plaza containing a lush orchard of more trees—honey-locusts, katsuras, and Japanese maple—and a slew of round tables where people sat drinking coffee, reading, and greedily absorbing the relief of sunlight. A fountain sprayed plumes of shimmering water into the air.

Entering this unexpected sanctuary, I took note of an adjacent condominium complex and—without stepping foot inside—immediately decided to live there. A few days later, after pleading my way into an off-schedule appointment, I signed a lease for a unit in the building. Smaller than all the other apartments I had seen, it lacked a washer and dryer, the bathroom was tiny, and a weird floor-to-ceiling column obstructed the living room windows, but these drawbacks quickly receded. Outside, I had a backyard full of trees.

The apartment is mine in May. Soon after, in the gooey heat of summer, the plaza becomes a second living room as well as a yard, especially on evenings when air-conditioned cabin fever sets in. I go down to make phone calls or eat some ice cream among my Midtown neighbors who chat and play dominoes in the clingy night air. Young parents with toddlers stroll around the fountain and an even younger set swills frozen margaritas at a Mexican restaurant with patio seating right on the plaza. My own routine is soon established: I sit on the fountain’s ledge, cool water sprinkling my neck and arms, and I observe.

Throughout summer I begin to recognize the regulars, co-inhabitants of a place that often seems more private than public—among them, the elderly Chinese woman who practices t’ai chi every morning and the man who always has a foot-high stack of newspapers. Some of the transient guests provide elements of surprise and entertainment, including the classical guitarist who seems oblivious to the rest of us, and the painter with her easel. Long ago, outside the old medina of Marrakech, I walked through the Djemaa El-Fna, the vast “Square of the Dead” teeming with snake charmers, storytellers, dancing boys, and magicians. Above and below ground, my plaza possesses its own performances and fascinations. Beneath the fountain stretches a network of five theatres where, on any weeknight, plays and musicals are underway. To enter you descend an escalator on Fiftieth Street and find yourself in a green-lit underworld, a Hades happily transformed. Dramas unfold beneath my feet as well as at the next table, where a graduate student reads poetry to his girlfriend, who seems cautious of his intensity.

Broadway people can be found perusing scores and scripts here. Agents flip through portfolios, and bodybuilders empty power shakes before slipping into a nearby gym. Julliard students, dancers, comedians, advertising executives, and famous directors have spent time under the canopy of green. From 1925 to 1968, the third incarnation of Madison Square Garden stood where the plaza is now. Jack Dempsey boxed here. The Ringling Brothers put on three shows daily. Before the Japanese maples were planted, my open-air living room served as a parking lot.

On many occasions I’ve observed those who discover the plaza for the first time. While heading west to a restaurant in Hell’s Kitchen or east to an appointment in Midtown, they gaze up from their steady path, perhaps sensing a gravitational shift. They first notice the cluster of trees, and then the humans lingering as if suspended from all obligations, released—if only briefly—from the city’s unceasing charge. Lured away from the pulsing grid, the neophytes step eagerly into a revelation. Could this be an alternate way of being, an island within an island? Come in and sit down, a voice says. Nothing bad will happen; the rest of the day can wait; there will always be another train, another opportunity.

Could the plaza offer a glimpse of escape, a variant of the self?

On every visit I am transported by association to the piazza in Venice where I ate a fine thin pizza and zipped my jacket against the crisp winter air. Or to the Plaza Mayor in Madrid—shoeshine for a dollar, perfect bracing coffee—or Union Square in San Francisco, where I brought insubstantial sandwiches during breaks from my first real job. The great and small plazas of the world, though they appear distinct on the surface, are linked by a common humanistic code—a convergence of wisely planned space, seized time, chairs for pausing, and a protocol for existing within their boundaries.

In the Square of the Dead, be sure to tip the snake charmers, and always ask permission before taking photographs. In my plaza the rules have been set and posted. No putting your feet on the chair seats. No gambling, even if it’s ten-cent poker. No smoking either, and no dogs (much to the horror of dog-obsessed New York). Men cannot go shirtless, ever. Children cannot stand on the fountain’s ledge. No alcohol is allowed except in the margarita zone. Around-the-clock patrols ensure compliance. One warm afternoon in my first year, I unwittingly rest my feet on a chair while reading the newspaper. A uniformed guard with German Shepherd in tow taps my shoe with his baton.

I bristle, but later decide that the rules and their strict enforcement are desirable marks of a civilization. While clashing forces may skirt its perimeter, the plaza upholds a visionary ideal, an urban respite built on sensibilities that cannot be sustained beyond its borders. Proper decorum is required. Although I don’t believe a bare-chested man poses a threat, I have nonetheless always felt at ease and safe in the regulated leafy realm.

Every year since I’ve lived in New York, my mother and father come from California and stay with me for two weeks. All their vacation itineraries include multiple, mandatory visits to the plaza. We drink coffee and tea there. We people-watch. We buy chocolate cake from Amy’s Bread on Ninth Avenue and eat it at tables near the fountain, savoring the richness under a slice of urban sky. Or we do nothing except sit quietly. After they’ve gone back home, my mother will call me and ask, “Are you down in the plaza?”

At some point in autumn—and always too soon—the tables and chairs are removed and stored away until late March. The fountain is turned off, and the trees go bare. We take our meals home. On brisk mornings I cross the empty space and make my way to a crowded café. The t’ai chi woman, now bundled in a down parka, still conducts her ritual while the rest of us—regulars, irregulars, new inductees—wander to and fro with our hands clutching cups of hot coffee. An icy air blows in from the Hudson, whips and swirls here, but for all who pass through it, the plaza remains a place of peace.

From the windows of my little apartment, thirty floors up in the sky, I watch the lightning strike the midtown skyscrapers. Down below, people scatter for cover, some howling to the splendid cracks and booms, turning the plaza into an unearthly rain-swept planet, primeval and depopulated but still very much alive. In deep winter, snow fills the void, creating a hushed white prairie, so fleetingly pure and quieter than quiet. No burritos are served; the music and chatter have ceased. The wolves hunker down, the stages go dark. Only a trail of soft impressions remains, dimpled proof that the plaza is still patrolled. From the locus called home I slide open a window and thrust my face into the cold. 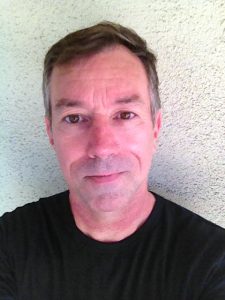 David Rompf’s essays have appeared in Harvard Review, Newsweek, Los Angeles Times, Creative Nonfiction, Hotel Amerika, The Missouri Review, and many other publications. He was a fellow at The Writers Institute at the City University of New York and teaches in the writing program at the University of California, Berkeley. 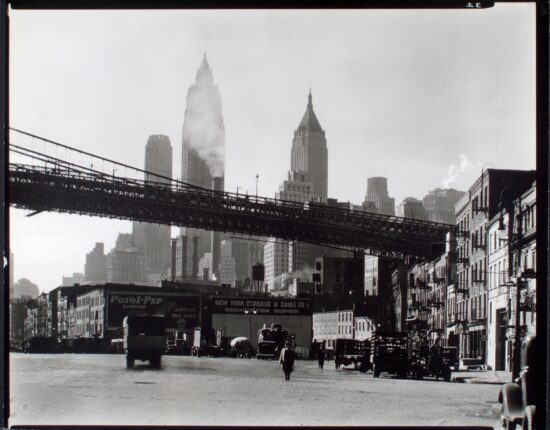