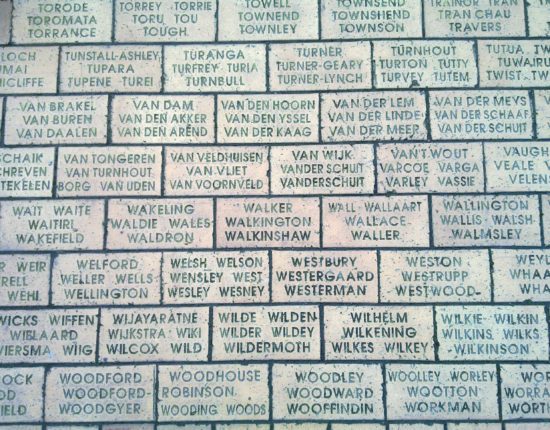 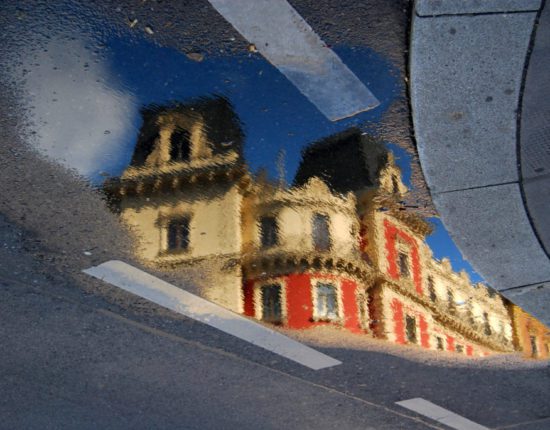 We have just finished heaping plates of fried chicken, spaghetti, and salad, have already eaten from the two birthday cakes, one for the children and one for the adults—two slices for me—and the children are running off the sugar, pausing to be gathered up onto the laps of their parents, then running off to chase each other and talk, and tease, and tickle. It’s Jacob’s birthday, my seven-year-old cousin, tall, and bright-eyed, and smart. Jacob and his sister are being raised and nurtured in this Bronzeville, Chicago three-flat apartment by their mother and grandmother. My aunt Teensie wisely purchased it while the property in this historic South Side neighborhood, the once-famous Black Metropolis, is still cheap, repairs done by her or by my bachelor uncle, Kenny, who lives on the floor above them.

Chicago has seen an epidemic of gunfire this summer, some of it happening right here in this community, the evil offspring of gentrification and neglect. But my aunt Teensie has made hers a place of safety. The windows have been replaced by translucent cubes of safety glass, but there are plants everywhere despite the dimmed light, and posters of jazz greats, and African statues that she’s found at yard sales, and paintings done by friends. The salad that we’re eating was grown in the community garden that she started. The building has been her sole source of income since she was laid off a few years ago.

My daughter, Cece, and Jacob are discussing the pros and cons of Spiderman, as Jacob scrambles over the lap of his father. He is long-legged and quiet, an observer who stays in the corner, usually. Tony hugs Jacob tenderly to him, then cuffs him gently on the jaw, a pretend cold-cock, sending him off to play. The gesture throws Jacob off his feet a little. As he gathers himself, I hear Jacob ask my daughter about her father.

“I don’t have one,” Cece says, looking toward Annie and me, as if to check her answer. At almost three, she seems to need more of an explanation, but we have put off giving her one.

“Everyone has a dad,” Jacob says.

“I don’t. I have two moms,” she says. She looks like she’s going to cry, but continues on.

I hear the other adults in the room—until this time immersed in their own stories—become quiet, pausing to listen in.

Cece seems all alone then, and I feel the space between the children and the adults, just a few feet away, impossible to bridge.

The overhead light suddenly seems so bright in that room, and the rooms around it, on the periphery, dim. The television left on during the meal in the front room casts a blue glow in the dark.

I think of what work it takes to create a space where you can come and go safely in this city. What it takes to create a space where you can be both recognized and seen. And how we also sometimes close ourselves off to create comfort and familiarity, borrow from the haunted objects of which we surround ourselves: a chipped platter, another unknown family’s heirloom and now ours; a flag folded neatly into a triangle and stored in a glass case; the photo of a favorite uncle who has now disappeared and who might some day come back hungry, or broken, or absent-minded, losing his memory, dropping things. Family, even a child can make the space around us seem strange, adult bodies too big in familiar spaces when the wrong questions are asked, adult voices too loud. All of these thoughts come roaring in my ears, and I stand up.

Jacob’s innocent question. It’s the one we knew would be coming when we started our family, and it has me reeling as if I were drunk.

I see and feel the narrow space between table and counter where the food is. And think how we all navigate by coming in waves to sit at the table. First the children eat, and the adults cluster on the periphery, because the table is too small. The children leave to play and the adults come, eat and talk, watching the children, telling stories.

We have violated the rules of even this, I realize, Annie and me. Two women, black and white, driving down from our North Side neighborhood with the child we adopted together, crossing lines of black and brown and white. We sit closely together at one end of the table, taking what we need, despite the narrow space. And now Cece must find her place here, too.

“We’re married,” I say, my voice shaking. It’s as if Jacob and Cece are in a play, and the adults are in the audience, and I’ve violated the rules by speaking to one of the actors. I continue, my voice growing louder.

“Did you know that? Annie and I are Cece’s parents, and we’re married.” I had never even believed in marriage, but came as close as I could legally for Cece’s adoption. Now it’s as if the voice speaking isn’t even my own.

The women in the back kitchen are doing the work of scraping and washing the dishes, listening and not listening. They look small from here, like miniatures. I fear that this interaction has created a space of separation from these elders. A moment of not belonging. A breach.

And now the elders are moving into the room, Aunt Teensie and the others. Their hands are soapy and they dry their hands on the impromptu aprons they made from the dishcloths. Their bodies carry the smells from the meal we’ve just eaten. They make a circle around us. 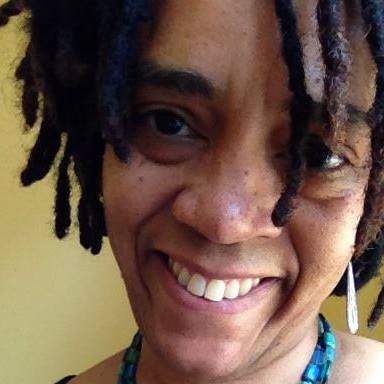 Francesca T. Royster is author of the books Sounding Like a No-No: Queer Sounds and Eccentric Acts in the Post-Soul Era (University of Michigan Press, 2013), and Becoming Cleopatra: The Shifting Image of an Icon (Palgrave MacMillan, 2003). Her creative work has appeared in the anthology Untangling the Knot: Queer Voices on Marriage, Relationships and Identity, as well as in LA Review of Books, The Huffington Post, Windy City Times, and Chicago Literati. She is a professor and chair of the Department of English at DePaul University.