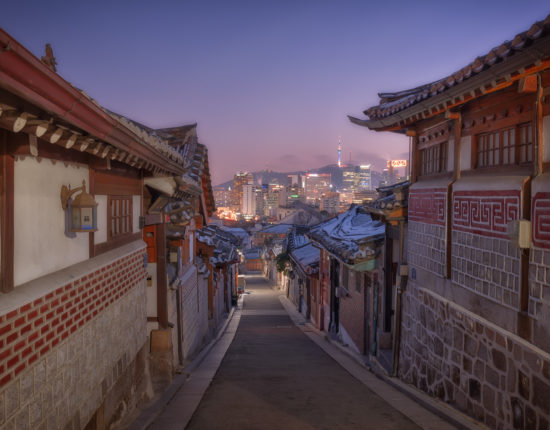 We don’t head home until everyone else is also making their way back. My four-year-old nephew Gordon and I had stretched out our day at the museum. By the time we drag ourselves the two long blocks to catch the 1 Train, it’s rush hour, standing room only. A lady asks if Gordon wants to sit; he shakes his head. His small hand grasps the metal pole in the aisle. He’s a city kid, already mirroring the positions and actions of the older passengers.

We’re at the end of the car. There’s a set of three seats between the door to the next car and the door that faces the platform. Sitting next to the lady who offered her seat is a man about my age; his salt and pepper beard is closely trimmed and he’s wearing cargo shorts and a striped polo. He’s surrounded by the rest of us riders at the end of the car, yet he occupies a separate space, lost in his comic book.

Gordon is unaware of what the adult passengers have learned—an invisible borderland exists between us and others. On the subway, it’s not always possible to maintain the distance. In a packed car, outer thighs and shoulders press against the people sitting next to us, our bodies lean into each other when the conductor speeds through a curve in the track. But if we’re able to keep our distance, we do. As we make our way uptown, Gordon inches closer and closer towards the man reading the comic book, drawn in by the electric colors and the images crammed into their rectangular frames. I watch, waiting for the moment that I will need to say something. At what point does close become too close? A child is allowed more liberty than adults, but when the distance narrows to inches even a child’s body can intrude.

I wait until his face is a foot or so away from the pages before speaking up. “Gordon, give him space.”

“It’s okay.” The man looks up at me and smiles.

They read together like this through the next couple of stops. The man tilts the book slightly so that my nephew can have a better look. One of the women sitting next to the man gets up to exit the train. I ask Gordon if he wants to sit, and he slides into the orange seat.

The man flips the pages. I watch Gordon’s face as he encounters the new scene. He studies the diagonal lines of the outstretched arms and clenched fists that convey motion in the stagnant two-dimensional plane. The man reads the captions and the dialogue bubbles. They both drink in the saturated lemon and cherry and grape of the superheroes’ costumes. Thus, the two arrive not quite at the same place, but they are simultaneously enveloped by the story. When the man finishes the book, he flips to the front cover to show it to Gordon, The X-Men.

My nephew and the man, two strangers, remain side by side, reading together in the fluorescent light from 96th Street to the northern tip of Manhattan where the man exits the train. During the journey, they’re transported from the narrow subway car underneath the city to a world of violet and indigo, a made-up city where mutant superheroes save us flawed humans from evil forces outside of ourselves.

In the evening, my sister’s kids occupy themselves on the living room floor; Phoebe beats out a dissonant tune on the xylophone and Gordon makes up plotlines for his plastic sea creatures. Anne takes Phoebe’s uneaten snacks out of her pack and puts them back in the refrigerator. I follow her around the kitchen and tell her about the trip back from the museum. I want to convey the simple profundity, the ephemeral bond that was forged when a man and a boy who will likely never see one another again read together one early evening in July on the 1 Train. I imagine Anne, who shuttles my niece and nephew back and forth to daycare and preschool on the Bx20 bus and the A and the 1 Train, is probably accustomed to such encounters.

“Does that sort of thing happen all of the time?” I ask her.

“Well, there’s something called familiar strangers,” she says, “like when you see the same people on the subway. You have the same commute, so you start to recognize the people on the train in the morning, or on the ride home.”

Familiar strangers. I store this pairing of words in my mind, hoping to mold it into something that will serve my own purpose. The phrase familiar strangers gives me language I’ve been on the lookout for—words that extend our concept of what constitutes a meaningful relationship. I’m taken by the connections that shape us in subtle, almost imperceptible ways. Connections with those who aren’t our familiars, people who aren’t our friends, or coworkers, or part of our families. Connections with distant others who might bring solace and reflection through mutual recognition.

City-dwellers might ride the same subway car with a familiar stranger and never speak to them. They might nod or smile in recognition. Or they might try to avoid getting caught staring, cataloguing details of their fellow riders in order to weave stories. I’ve done this myself. All we have to go by is what is visible—a new haircut, the contents of a grocery bag, a bright pair of shoes, a scowl or a smile. We take these threads, some thicker and more complicated than others, and invent an imaginary life that probably bears no resemblance to the actual life of the familiar stranger. In contriving this fictional life, we fool ourselves into thinking we know something about the stranger. We project our own ambitions onto them. All these hours spent together without knowing anything substantial leads us to spin our tale. But what can we really know? And how might our illusions be shattered if we struck up a conversation?

After riding together for years, spending hours together on a bus or train, a person might miss a familiar stranger when one of them moves or starts a new job.

Past definitions of strangers relate to the place an individual calls home. Over time, a stranger is more broadly, “unknown, unfamiliar; not known, met with, or experienced before.” By definition, those people on morning commutes on the subway and bus cease to be strangers. Riding with them day in and day out, we meet them over and over. Recognition results from the time spent with one another, even if no words are shared. The connections with familiar strangers are those of breadth, stretching out like the open sea. We identify the white caps amongst the blue infinity, but we’re left to imagine what lurks beneath.

“Familiar strangers, that’s cool, but it’s not quite the same thing,” I say to Anne.

The three of us, Gordon, the reader on the train, me, shared more than a wordless commute. We didn’t recognize the man from other subway rides we’d taken; he didn’t recognize us. Instead, a fleeting moment of intimacy occurred as he and my nephew dove into whatever story was being told in those colorful panels. This intimacy extended out to me and the several other adults who witnessed the two immersed in their other world.

A Catholic acquaintance once described the meaning of the cross to me thusly: the vertical stake is a symbol of the love between God and us humans, and the horizontal stake represents the love that spreads between us and other members of the human race. I’d never heard this explanation, but it spoke to me more than what, to my mind, is a sado-masochistic image of Jesus being tortured to death. The vertical axis points up to something supernatural and the horizontal to the divine that can be found in the physical world through common connection.

Recounting this story of Gordon and the stranger to my sister, I’m aware that reading, like the symbol of the cross, possesses a quality of the otherworldly alongside its earthliness. It transports and it sublimates. When we read together silently, we’re so thickly cloaked in our own imagination that the world outside vanishes; the person sitting next to us flickers in and out of our consciousness.

Elizabeth Foulke is a PhD student at the University of Rhode Island and the Senior Editor of The Ocean State Review. Her essays and poetry have appeared in Little Patuxent Review, Solstice, Grub Street Literary Magazine, and others. In a former life, she worked as a middle and high school English teacher on both the East and West Coast.

Write Us A City 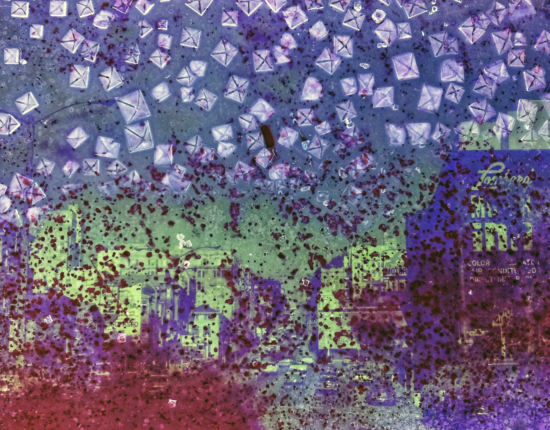